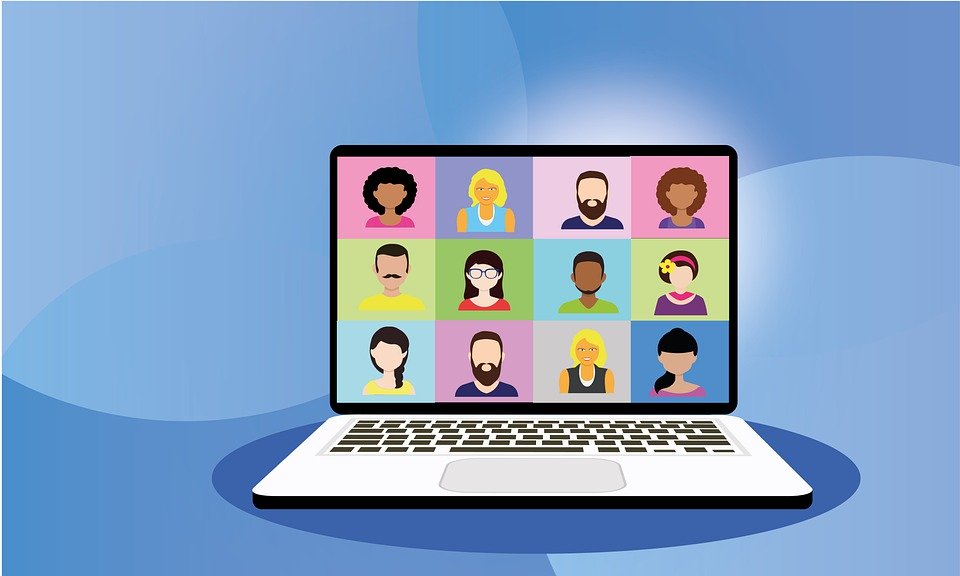 2020 has been the year of video calls, and they are surely here to stay. If you don’t have a flat rate, it’s good to know which video calls consume the least data.

Whether it’s because of work obligations or the need to see the face of a loved one in these tough months of 2020, video calls have become the star media.

The downside is that video takes up much more space than text or photos. In most cases we try to make video calls from home or work, because where there is WiFi these communications are free.

Why video call meetings are so tiring

But precisely because they have become so common, we may have to make some calls from the street, or in a place where there is no WiFi and we must use mobile Internet. Many people still don’t have a flat rate for data on their mobile, and this is where it’s important to know how much data a video call costs.

By knowing the data consumption per minute we can calculate how long we can talk on 3G / 4G / 5G before the monthly data rate we have contracted is exhausted.

When assessing whether a video call consumes more or less data, there are some important considerations to take into account. The amount of data a video call consumes depends on many factors. It is not a fixed figure. You can make 10 video calls to the same person and speak the same language and the data consumption will be different for each one.

Different networks are involved in a video call: your telephone operator’s network, the network of the video call service, and your own WiFi connection if you are using it, which may be sharing bandwidth with other devices.

At any given time, even in the middle of the call, one of these networks may become saturated because there are many users, so the bandwidth decreases and the quality of the video call falls. This is something we cannot control or anticipate.

The size of the video depends on the cameras used. If all callers have front cameras at 480p, the video will take up less space than if the cameras record at 1080p.

Video call services use different compression algorithms to reduce the size of the video. It is almost always variable, and depends on many aspects: the mentioned saturation, that priority is given to paid users or users from certain countries, to users from certain networks (4G vs WiFI), etc.

That’s why certain services can work fast with some users, and slow with others, or change depending on the video call.

The video is encoded (converted into data) using a certain codec, which improves over time. Or the platform may change it often. So the consumption of a video call may change every few years, depending on the codec used.

Connection speed of each caller

Or maybe one of the users who is using WiFi at 600 Mbps has another connection from a family member who is unwittingly uploading files, taking up all the bandwidth.

The data we are going to see refers to calls with two or three users. With group calls, services usually allocate a little more bandwidth.

Therefore, if you call in a group, bear in mind that you will have to add between 20 and 50% more data to the data shown here.

The important thing is the audio

Sometimes the bitrate is associated with the quality of the audio. That is, the less data it consumes, the worse it sounds. Maybe it doesn’t matter that the video is a bit blurry, but if the audio is choppy or very compressed we won’t understand what our interlocutor is saying and the video call won’t have been of much use. Even if you consume a little more, look for services where the audio is not very compressed and is well understood.

What we’re trying to say with all this, is that making a couple of test video calls and measuring what you consume doesn’t help much, because it depends on many factors, and we may catch a bad or a good scenario, which doesn’t correspond to the normal values of the service.

Measuring what a video call consumes is simple. The cell phone registers the consumption of each app. All you have to do is consult the total consumption before and after the video call and make the subtraction.

Although we have made tests on our own (two 5-minute calls to different people on each service) and put them into the average, we have tried to find contrasting data for each service, with tests from many users, to try to achieve the most accurate and neutral consumption possible.

We have included the data of consumption of video calls provided by Lowi and MásMóvil operators, and the measurement service Test de Velocidad,

We include the consumption for one minute and one hour of call, and we check the minutes we can consume with a quota of 1 GB per month, which is the most basic quota that there is in the mobiles. Check in your contract which is the quota you have assigned. It usually varies between 1 and 50 GB per month. If you have a flat rate then you don’t have to worry about the consumption.

How much data a WhatsApp video call spends

WhatsApp is by far the most widely used video call app. If only for convenience and immediacy, as everyone has it installed.

It accepts up to 8 people simultaneously, but is not the most suitable app for group calls. From 4 or 5 participants the cuts appear and the audio quality decreases. The connection is encrypted end to end, that is to say, encrypted so that nobody can spy on it.

This is the consumption we have measured:

We can consider it a medium/low consumption. About 7 MB per minute, so it does not reach 0.5 GB per hour. With a data rate of 1 GB per month you can make two hours and 24 minutes of calls, if you only use it for WhatsApp. But keep in mind that data is used for everything when you don’t have WiFi: text messages, website visits, social networks, etc.
How much data a Telegram video call costs

Telegram released video calls just a few days ago. They are still in the testing phase so the bitrate may also change often, until they stabilize.

At the moment, video calls can only be established between two users. In other words, there are no group calls. It also encrypts the conversion.

This is the data:

As we can see, the consumption is practically identical to WhatsApp. In this sense, you do not care to use one or the other.

But as we mentioned, Telegram is still in the testing phase and these measurements may change from one day to another.

How much data does a Zoom video call spend

Zoom has been one of the great beneficiaries of the events of recent months. An application specialized in professional video calls, which still has not avoided the controversy, with some security problems and the refusal to encrypt all connections.

For the moment, it only encrypts paid connections and those of users who verify their identity.

Zoom allows up to 1,000 simultaneous users, and 10,000 visitors to a video conference. But the most advanced options are paid.

As it is computer-based (although there is a mobile version), it allows things like choosing the resolution of the video. That’s why we include measurements with video at 480p, 720p and 1080p, which are the most used.

As we see it consumes more than the average, being focused on companies, which can afford more expensive data rates and need communications to be fluid and stable.

How much data a Google Duo video call spends

The Google Duo call app replaces Google Hangouts, and could still mutate again, because the Mountain View company plans to merge it with Google Meet.

It allows up to 32 simultaneous participants.

As we see it consumes no less than 47 MB per minute, the highest of all. But there is an explanation. Already on the front page of its website, Google claims that is the video call app that offers more image quality. And so it is, but now we know why.

Use it if you want to see and hear your loved ones as clearly as possible, or on a professional level. But avoid it when you’re on the mobile Internet. It consumes a monthly fee of 1 GB in 22 minutes…
How much data a Microsoft Teams video call spends

Microsoft has been a little late to the videoconference appointment, but has tried to gain ground on Zoom by offering its paid features for six months for free.

Microsoft Teams is focused on business, videoconferencing and virtual classes. It allows up to 250 simultaneous users, and 49 on screen at the same time.

We offer the data at various resolutions:

As befits an application focused on the professional market, it consumes slightly higher than average bandwidth.

How much data does a Facebook Messenger video call spend

The popular Facebook messaging app added video calls long ago. It has just launched the creation of rooms to bring people together before or after calls. It allows 50 simultaneous users.

How much data a Skype video call spends

Skype from Microsoft is one of the oldest video calling apps, a true pioneer. But it hasn’t been able to lead the industry these months, perhaps because of its excessive monetization. Even so, it is still one of the most solid and reliable apps.

When used on a computer, different video resolutions can be chosen:

As it is an application focused on PCs, which are always connected by WiFi, they consume more bandwidth than the average, especially at 1080p.
How much data a FaceTime video call costs

FaceTime is Apple’s video calling app, so it is only available for iOS and MacOS. It allows up to 32 simultaneous users.

As we will see is the one that consumes less data, but we must also say that the video quality is one of the lowest, due to the resolution of the iPhone screens, lower than average.

One of Instagram’s greatest attractions for its users is its visual strength. Everything is focused on looking perfect in photos and videos. And that’s reflected in video call consumption, one of the highest in the industry.

Instagram is not an app you should choose when you want to save data, but it will do if you want the video to have good picture and sound quality.
Data per minute Data per hour Minutes with 1 GB of data Simultaneous users End-to-end =19.8 MB 1,188 MB

The consumption compiled in these tables allows us to draw some interesting conclusions.

We can distinguish three different groups. On the one hand, the services that only want to offer video calls without showing off. These are very popular and saturated services that need to save bandwidth.

Then there are those that give priority to video quality, regardless of consumption.

Finally we have the professional apps, focused on companies, which consume a little more because they want to give a good service to their professional customers.

In the group of the most economical, the big winner is Apple’s FaceTime, with just 3 MB of data per minute. That’s almost half the average, so it’s the ideal service if you have an Apple device and don’t want to consume data. But also the image quality is lower, keep in mind according to

Get the latest post right in your inbox.
Advice For Internet Entrepreneurs
Online Interviews in the New Normal